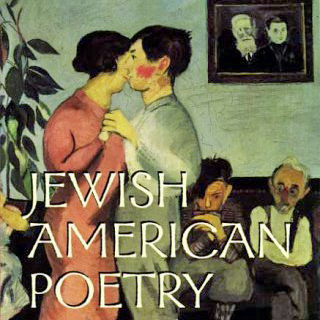 BY JAN LISA HUTTNER – SPECIAL FOR THE JUF NEWS 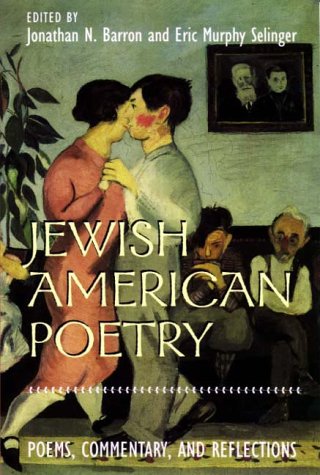 Poetry, as an art form, exists in two different modes, written and read.  When words appear on the page, they can be difficult to interpret, full of esoteric allusions and weird punctuation.  But when poetry is performed, the mind is filled with musical cadences and dramatic intonations.  The performance effect was both entertaining and provocative when Chicago NEXTBOOK presented “An Evening of New Jewish Poets” at the trendy Beat Kitchen on Belmont.

To provide some structure to the evening, NEXTBOOK coordinators Abigail Pickus and Emily Rosenberg invited three young women in their early 30s: Jessica Greenbaum, Arielle Greenberg, and Rachel Zucker.  Greenbaum, Greenberg, and Zucker share many biographical particulars.  In addition to age, sex, and Jewish genealogy, all three grew up on the East Coast, graduated from good colleges, completed graduate-level training in poetry, received multiple prizes for their work, and published numerous poems in various magazines and edited collections.  But as each woman took the stage in turn, these facts provided the translucent backdrop against which their different personalities sparkled.

Arielle Greenberg was raised in a Modern Orthodox family and educated in a Jewish Day School.  She also lived in Israel for a year when her father, a college professor, took the family to Haifa for one of his sabbaticals.  She graduated from Purchase College (one of the State University of New York campuses), and received her M.F.A. in poetry from Syracuse University.  Her first book of poems, Given, was published in 2002.

Arielle was the most rebellious of the three, openly critical of a religious tradition which denied her full participation because she was born female.  Her poems were aggressive and self-possessed, as exemplified by these ferocious lines from “Heenayni”:

Heenayni means Here I Am.

I swear I’m not hiding.

I don’t know where that palm frond came from.

Jessica Greenbaum was born in Brooklyn.  Except for a stint at the University of Houston, where she did her graduate work in the Creative Writing Program, Jessica has spent most of her life in metropolitan New York.  She went to school on Long Island and to college at Barnard, and she now lives in Brooklyn once again, with her husband and their two daughters.  Her book, Inventing Difficulty, was published in 2000.

Jessica’s interior struggles with the push and pull of Judaism are reflected in these poignant lines from “Leaving Williamsburg”:

Afloat in my private generation,

Free among the fervor, the wigs, hats and challah,

To blur the past with future,

I was both native and stranger.

Free among the fervor, the wigs, hats and challah,

To be Jew and non-Jew—

I was both. Native and stranger and

To be Jew and non-Jew—

Although born in Manhattan and raised in Greenwich Village, Rachel Zucker’s background is the most unconventional.  She is the daughter of Diane Wolstein, whose books on folklore span space and time from ancient Sumer to modern China.  After traveling around the world with her parents, picking up a B.A. from Yale University and an M.F.A. from the University of Iowa, Rachel has now married and settled back in New York with her husband and their two sons.

Rachel’s first book of poems Eating in the Underworld (2003) was built around Greek mythology, but motherhood has turned her thoughts to Judaism.  In “Oh Alan Ginsberg where have you gone and what would you think of my drugs?” she acknowledges within herself the presence of a “refugee gene.”  If she takes the “anti-obsessional medications” her doctors advise, will she know when to run if running becomes necessary?  As she frets, her well-intentioned American doctor responds again and again with the same refrain:

After Arielle, Jessica, and Rachel had all finished reading their selected poems, moderator Eric Murphy Selinger (Associate Professor of English at De Paul University) asked direct questions and then opened the floor for discussion.  Selinger and the audience members all probed the poets’ complex feelings about the Holocaust and the Arab/Israeli impasse.  One man in the audience was particularly blunt: “Are we destined to be different because we are Jews?”

Arielle was vehement in her response.  “It’s part of my legacy to be dark about the Jewish experience,” she said.  She recalled being told in school that her main responsibility in life, as a Jewish woman. was to have as many children as possible.  She was alive now to replace Jewish children lost to the Nazis.  Since she was a woman and therefore “unclean,” this was the way to redeem herself.  Now an adult, she admitted to struggling with her emotions.  She married a non-Jewish man, and turned towards Buddhism to learn how to have compassion for others as well as for herself.

Rachel is also engaged with this “dark side” of Judaism: “It’s more than the Holocaust, that’s just an easy way to name it.  The world is a dangerous place with flawed people who tend by their nature towards hate and nationalism.”  She agreed with Arielle that our identity as Jews is bound up with victimization, and yet now we are sometimes the persecutors.  “I have the responsibility to deal with it [the dark side] because my two sons will be Bar Mitzvahs one day.  So I have to deal with all of this for myself.”

Jessica was the most optimistic, at home in the mosaic of urban America.  “This ‘difference stuff,’ is it a red herring when everyone plays in the same playground together?” she asked.  “I know cities, and we live the dream as best we can, together.”  Nevertheless, when Selinger asked her what she felt called to do in the new century, Jessica’s answer was immediate: “Regime change at home!”

According to Abigail, audience response to this program was very positive and therefore future NEXTBOOK poetry events are likely.  If you want to do some homework in advance, Selinger’s book Jewish American Poetry: Poems, Commentary and Reflections (Brandeis University Press, 2000) is an excellent resource.  To join the NEXTBOOK mailing list, log onto to www.nextbook.org.

Jan Lisa Huttner is the Managing Editor of Films for Two: The Online Guide for Busy Couples (www.films42.com).

THIS ARTICLE ORIGINALLY APPEARED IN THE AUGUST 2004 ISSUE OF THE JUF NEWS. REPOSTED WITH PERMISSION OF THE JUFN EDITOR.

Editor’s Note: This article went on to win a FIRST PLACE certificate in IWPA’s Mate E. Palmer Communications Contest (2005) in the category of “Feature stories for Publication for General or Specialized Circulation.”