Israeli Films: Coming Soon to a Theater Near You! 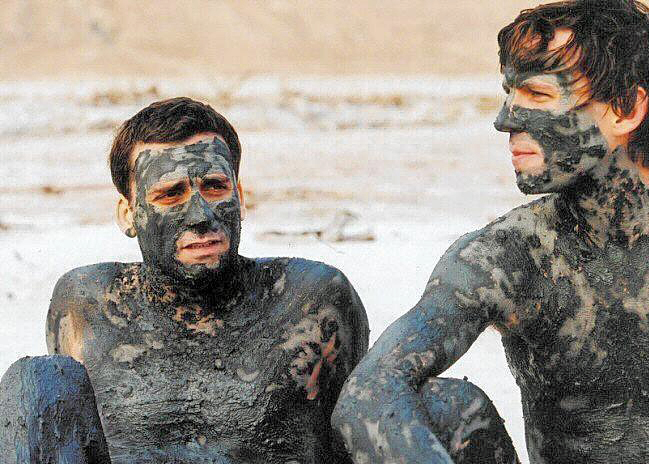 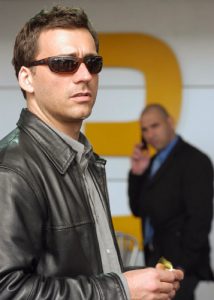 There’s good news and bad news. Niche distributors all agree that Israeli films are better than ever, so they are all on the look-out for “hot” commercial prospects. But the American market is fiercely competitive, and subtitles are a hard sell, even to the art house crowd. For the films that do make it into local theaters, a subsequent DVD release is guaranteed. For those that don’t make the cut, the distribution obstacles are piracy and copyright violation. But even if you’re planning a trip to Israel later this year, you don’t have to spend all your time there at the movies. Plenty of options are coming our way in 2005.

In May 2002, Magnolia Pictures released LATE MARRIAGE. This provocative story about a Georgian man whose family disapproves of his sexy Moroccan mistress grossed over $1.5 million in the United States, setting a new record for Israeli films (which rarely crack the $1 million mark). In addition to its explicit depiction of a very steamy relationship, LATE MARRIAGE presented a new image of the “average Israeli,” and also introduced worldwide audiences to a new actor with genuine “star appeal” (Lior Ashkenazi).

Israeli directors got the message, and now they’re turning out films which depict Israel as a bubbling melting pot, films more intimate in tone and more adult in content than ever before. According to Cheryl Lewin of the PR firm John Iltis & Associates, a longtime member of the IFF’s Chicago Festival Committee: “the current crop is less left-leaning, less angry and political.” Meyer Gottlieb, President of Samuel Goldwyn Films agrees: “We’ve noticed the improvement. Young filmmakers are expanding their view – better screenplays, better storylines. We’re impressed with the trend.”

The 2004 CIFF schedule included three Israeli films, one documentary and two dramatic features, and all three received audience approval ratings greater than four on a five point scale. The documentary,CHECKPOINT, had a strong showing, averaging 60% of theater capacity at its 3 screenings. Helen Gramates, CIFF Director of Programming and Membership, told the JUF News: “CHECKPOINT was among our top three docs for attendance this year.” CAMPFIRE received five “Ophir Awards” from the Israel Film Academy and is this year’s candidate for the Best Foreign Language Film Oscar from Israel. However, even though it received the CIFF’s “Fipresci Prize” from the International Federation of Film Critics, attendance was disappointing. The big winner was THE SYRIAN BRIDE which was sold out for all three screenings. Negotiations are still underway, but informed sources tell the JUF News that the announcement of a U.S. distribution contract for THE SYRIAN BRIDE is imminent.

By contrast, Chicago’s IFF schedule provided twenty-four options: eight documentaries, seven dramatic features, and nine selected television shows. (The IFF also ran programs in Los Angeles, Miami, and New York. While the core selections were the same, each city’s specific schedule was unique.) The big winner in all four cities was TURN LEFT AT THE END OF THE WORLD a culture-clash dramedy about two immigrant families, one from Morocco and one from India, who find themselves relocated to a remote Negev development town in the 1960s. All four Chicago screenings were sold out, so a fifth one was added on the last day at audience request. “Chicago attendance more than doubled from last year,” said Mira West, the LA-based Director of Operations for the IFF. “Venue change from the Loews Esquire to the Loews Pipers Alley, film choices and programming were probably all contributing factors.”

Wellspring Media, Inc. picked up NINA’S TRAGEDIES, shown everywhere but Chicago, and has scheduled it for theatrical release later this winter. BONJOUR MONSIEUR SHLOMI, also shown in the three other IFF cities, was acquired by Strand Releasing, played here for several weeks just before the Chicago IFF opened, and is already available on DVD. The highest expectations, however, are forWALK ON WATER which had its American sneak preview at the Miami IFF in December.

Why were these three films the first ones chosen? Surprisingly enough, distributors agree that they base their decisions primarily on gut instinct. “Did I like it and, if so, do I think American audiences in general will like it?” said Co-President Jon Gerrans about Strand’s BONJOUR MONSIEUR SHLOMI decision. Furthermore Dan Goldberg of Wellspring told the JUF NEWS that when he’s pitching to the Landmark chain, they also “go on gut.” (Landmark owns two of Chicago’s primary art house venues, the Century Centre in Lincoln Park and the Renaissance Plaza in Highland Park.) If any of these companies use quantitative market research data, none of their representatives will admit to it.

The star of WALK ON WATER is Lior Ashkenazi. Did that influence the Goldwyn team? Gottlieb says no: “WALK ON WATER addresses important and complicated issues with fascinating characters. It’s the right film for a thoughtful, specialized audience. With WALK ON WATER there’s a lot to discuss over coffee afterwards.” But when the time comes to actually promote the film, it will be “easiest to market it as a suspense thriller,” Gottlieb admitted over the course of a long telephone interview. So look for ads that emphasize German and Israeli landscapes, not head shots of handsome Mr. Ashkenazi.

Even without theatrical distribution, some companies are still committed to DVD and VHS distribution. But according to Eric Goldman, President of Ergo Media, globalization makes this more of a financial risk than it used to be. “Even if you take on the rights for North America, some people will still sell pirate copies. BROKEN WINGS [included in the 2003 CIFF schedule] was available on DVD on the streets of New York before Sony Pictures Classics even got it into local theaters.” Sharon Pucker Rivo, Executive Director of the National Center for Jewish Film at Brandeis University, added the satellite television wrinkle: “Israelis living here can purchase the Hebrew-language package from DISH Network, and then we lose that whole audience too.”

And there’s one more thing: groups often show films illegally. “People think that if they’re tax-exempt and/or don’t charge admission, they can just go into a video store, then show what they rent to a packed audience,” explains Jessica Rosner of Kino International. “But non-theatrical/ancillary rights are a revenue source for us and when groups just show our films without permission, we lose revenue.” (Kino’s catalogue includes most of Amos Gitai’s films.)

Meanwhile, a new round of film festivals is already in the planning stage. The annual calendar starts anew when the prestigious Sundance Film Festival opens on January 20th. This year Sundance will have two Israeli films, WALL and ODESSA ODESSA, in their World Cinema Documentary Competition. With luck these two, and many more, will make their way to Chicago as the months fly by.

The original version of this article was published in the February 2005 issue of Chicago’s JUF NEWS, with an expanded version posted on their companion website CHICAGO JEWISH COMMUNITY ONLINE.

Editor’s Note: This article went on to win a FIRST PLACE certificate in IWPA’s Mate E. Palmer Communications Contest (2006) in the category of “Best Web Content Written for Nonprofit or Educational Site.”