“Noa Rotstein, making her feature film debut, stars as ‘Ellie’ in Foreign Letters. Ellie is an Israeli girl who moves to Connecticut at age 12… The title comes from a Chava Alberstein album (also called Foreign Letters) which features songs in multiple languages (Hebrew, Yiddish, and English). Several songs from this album (which I also own) are included on the soundtrack. It’s a perfect choice!”

Click HERE to go to the “Chava Alberstein Store” on Amazon:

Click HERE to learn more about the “Culture Heroes” doc: 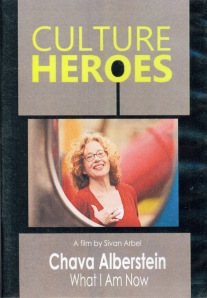 How do you pronounce your name in your country? Can you write it down for me? I love foreign letters. They are like drawings. They are like secret signs. From Magic places. From Different worlds…