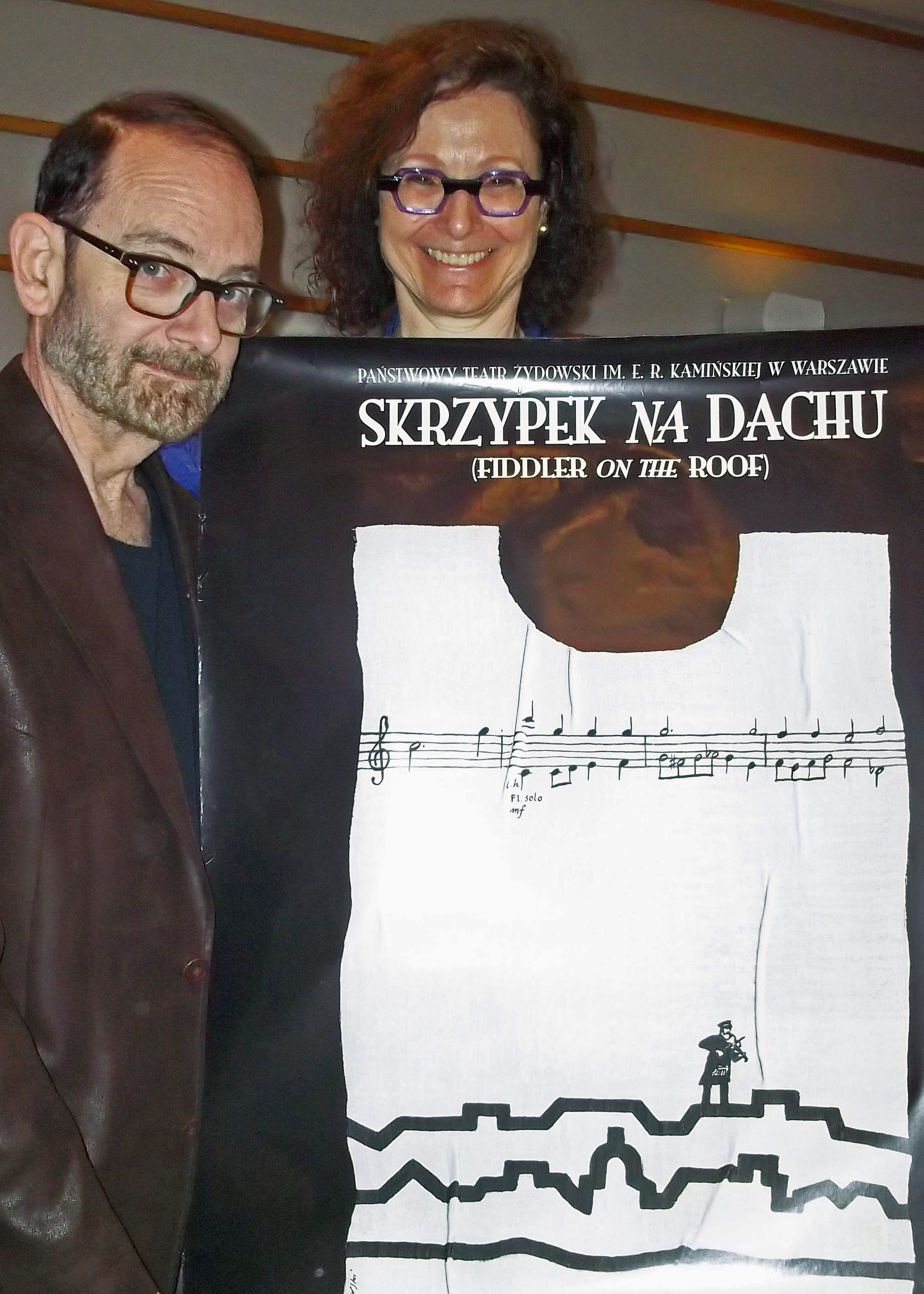 Todah Rabah, Sheynem Dank, and Huge Thanks to everyone at Wilmette Public Library who helped to make my 8/19 lecture possible and to everyone who came to cheer me on 🙂

Let me tell something you that you may or may not already know.Fiddler on the Roof was not expected to succeed. Fiddler on the Roof was expected to fail. Potential backers were merciless when the Fiddler team went out for funding. “What are you going to do when you run out of Hadassah ladies?” they sneered. Now forget about the fact that we will never run out of Hadassah ladies, just ponder this for yourself: Obviously the number of Hadassah ladies—may they live long and prosper—is a bare fraction of a fraction of the number of people who have now seenFiddler on the Roof in the past 50 years, right? Of course right! So how did this thing that was supposed to fail become such a success that 50 years later we are celebrating its 50th Anniversary? 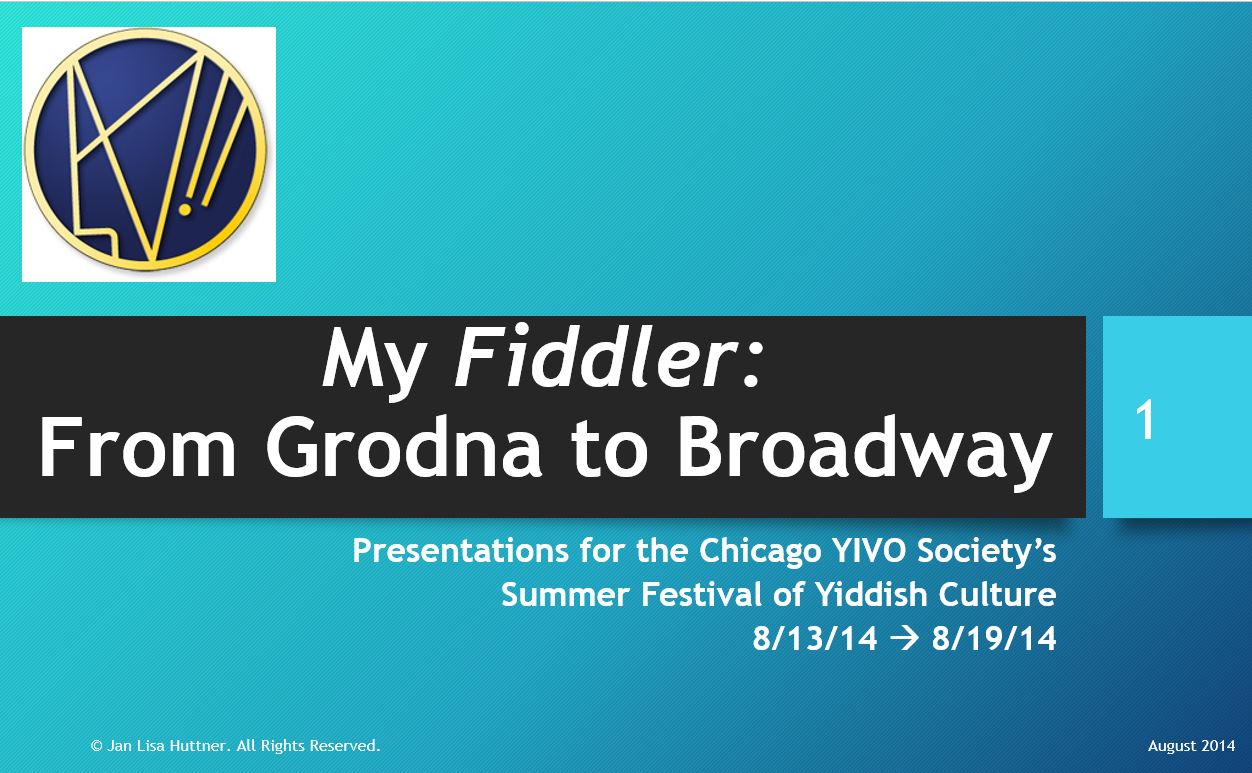 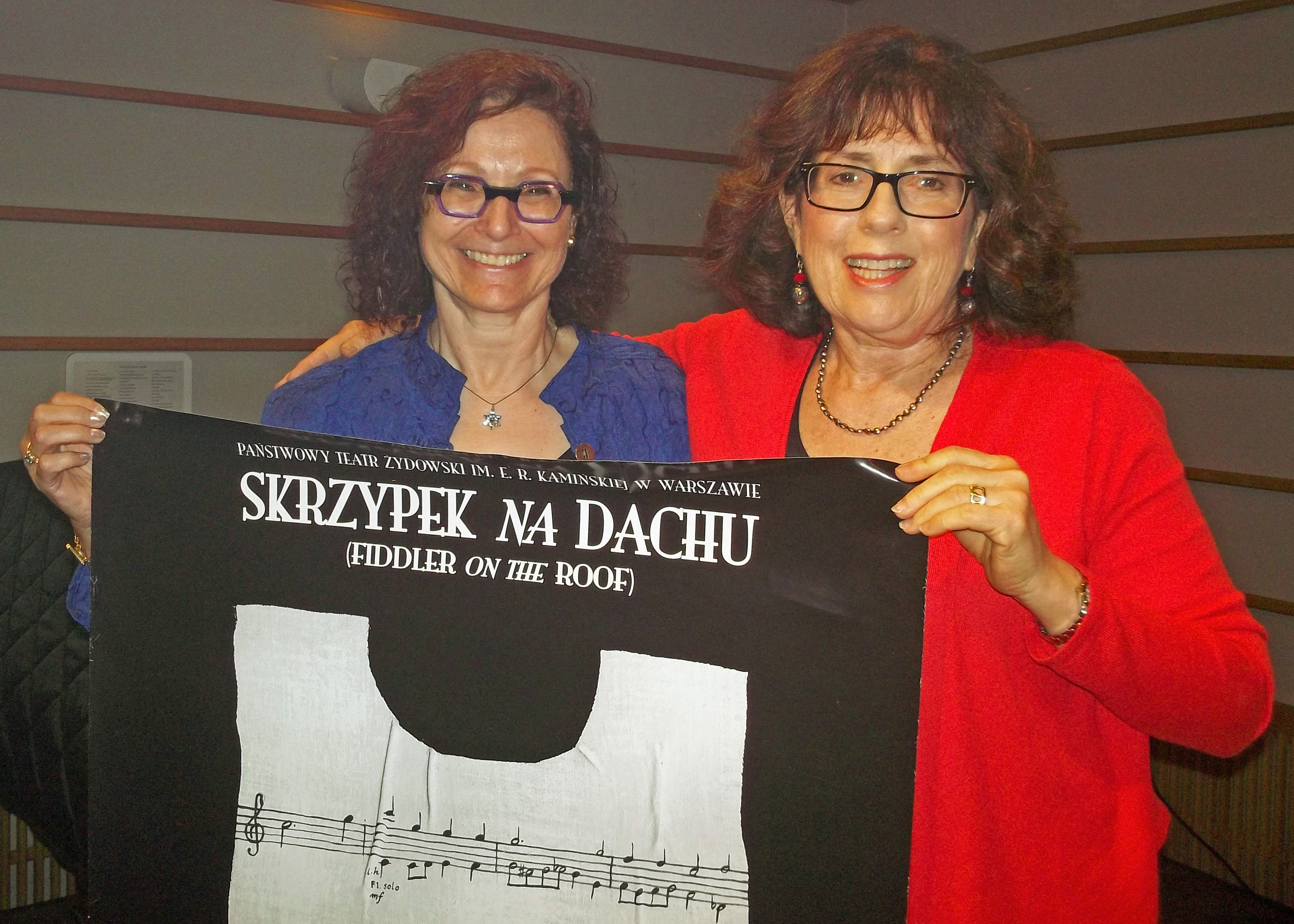 Knowing of my obsession with Fiddler on the Roof, Susan Lynn Stone brought me this wonderful poster all the way from Warsaw (where she was doing ongoing research on Jewish folklore). Thank you, Susan!!!

Good News/Bad News? Just like Goldilocks, there was too much light at NPL, and too little light ar HWLC, but WPL was “just right.”

This lecture is dedicated to my grandmother — Sophie Hecht — who was born in Grodna in the Russian “Pale of Settlement” (a place she referred to as “Russia/Poland”). This city is now called Hrodno, Belarus. 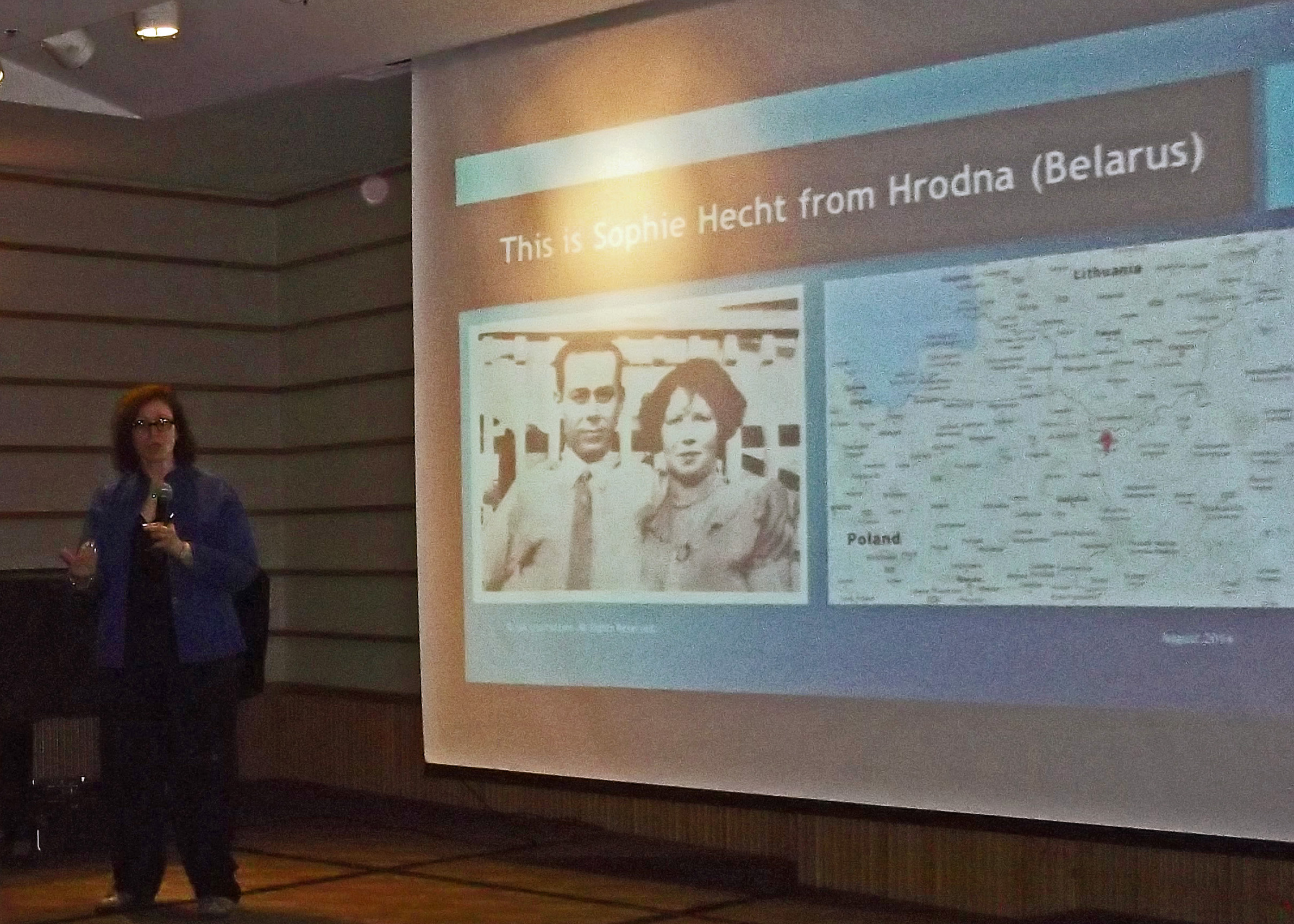 The photo of my grandparents — Harry & Sophie Hecht — was taken in the mid-20s, sometime before my mother Helene (their first child) as born in 1928.

Harry & Sophie had three children (Helene, Claire, and Edmund). At the time of her death in 1975, Sophie had 8 grandchildren. Were she alive today, Sophie would have 7 great-grandchildren, with a new generation probably arriving very soon.

Several of Sophie’s siblings were also living in America at the start of WWII, but some of the younger siblings–plus their spouses, children, and extended families–were lost in the Holocaust. May their memories be for blessing. (Photo: Susan)