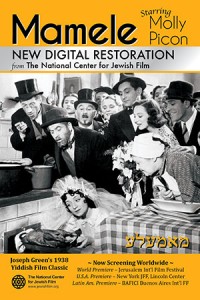 What makes a movie “good”…? For me, it’s usually the characters. If I believe in the characters, then I will follow them anywhere. And this is true even if they are animals like Remy in Ratatouille, or dolls like Woody in Toy Story, or fish like Dory in Finding Nemo. Robots and Aliens? Sure! I love Hal in 2001 (“Daisy, Daisy, Give me your answer do.“), and I love E.T. (“I’ll be right here.”), and I love the Hello, Dolly! scenes in WALL-E.

But broad as my tastes are, I just can’t find much room in my heart for “Havche Samed,” the character known to her family as “Mamele.”

Havche is the daughter of “Berel Samed,” a Polish widower with five other children. His daughters are “Bertha” and “Yetke.” His sons are “David,” “Zische,” and “Avremel.” Truth be told, the birth order isn’t exactly clear to me, but my guess from oldest to youngest is as follows: Yetke, David, Havche, Bertha, Zische, and Avremel. In other words, Havche appears to be somewhere in the middle.

When the story begins, Berel has been a widower for three years, and Havche (played by irrepressible Molly Picon) has been caring for the family ever since. Havche explains her life though a direct address to a photo of her mother: “Mama, I am keeping my word to you,” says Havche. “I am taking care of everyone.”

But no one else in the family appears to miss Mama very much. And while they all call Havche “Mamele” (Yiddish for “Little Mother”), the people in her family have little affection for Havche and absolutely no deference. Since Mama’s death, they have all gone back to the business of living, content to treat Havche more like a servant than a sister. But wait: what about that handsome neighbor across the courtyard?!?

Mamele was released in Poland in September of 1938, and it opened in the USA in December of 1938, but that doesn’t necessarily mean it has to feel so dated.  Bringing Up Baby (staring Katherine Hepburn and Cary Grant) was also released in 1938 and watching it now–almost eighty years later–is still delightful.

But even though it isn’t a very good movie qua movie, there are two things that make Mamele a work of genuine cultural significance.

In 1938, Lodz–where Mamele is set–was Poland’s second largest city. Lodz was a dynamic center of manufacturing and commerce, and approximately one-third of its residents–almost a quarter of a million people–were Jewish. However, within five years, the Jewish population had been “purified” by the Nazis, and a thriving community was gone forever.

So if your image of Jewish life in Eastern Europe comes mostly from scenes of Anatevka (either in stage versions of Fiddler on the Roof and/or Norman Jewison’s 1971 screen adaptation), then Mamele’s thoroughly urban milieu will astonish you. The Samed Family lives in a modern apartment, and everyone is well-dressed and well-fed. The working members of the family routinely give Havche part of their pay without being nagged for it, and she uses it wisely (carrying forward habits of thrift and economy no doubt taught to her by her mother).

Following this large family of characters enables Joseph Green and Konrad Tom (who co-directed the film based on Tom’s adaptation of a stage play by Meyer Schwartz) to present a complete microcosm: Papa Berel plays dominoes with the other regulars at his favorite café, sister Berta dances with gangster Max Katz at a night club, and baby brother Avremel goes to school at the local kheder. The men gather in a sukkah while the women serve heaping platters of holiday foods. In the grand finale, Havche marries her neighbor in a poofy white wedding gown. The bittersweet pain of watching Mamele now comes from knowing that all these ordinary activities—captured on screen as mere backdrop—were actually the calm before the storm. 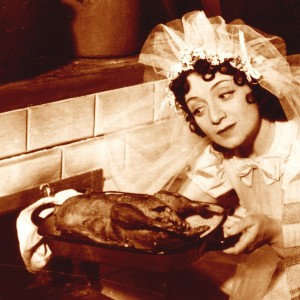 Furthermore, Molly Picon is so manic as Havche that it’s impossible to be anything less than mesmerized. She cooks, cleans, and kvetches, and all the while she is singing little ditties and flitting around like Tinkerbell.

The climax of Mamele comes in a big production number. Havche is looking at photos of her grandmother. “They say I am like her,” Havche muses dreamily, and sure enough, Grandmother instantly comes to life onscreen, aging in plain sight:

“Today is my birthday.

Oh, life is a dance.

Before my eyes I see

And so life spends itself,

And there’s an end to everything.

Life is a dance…

So dance and never stop.”

We know now what no one could have imagined then. We know now that almost none of the Havches of Lodz would ever reach the age of 78… and that fact, despite all its cinematic flaws, makes Mamele a “must see.” 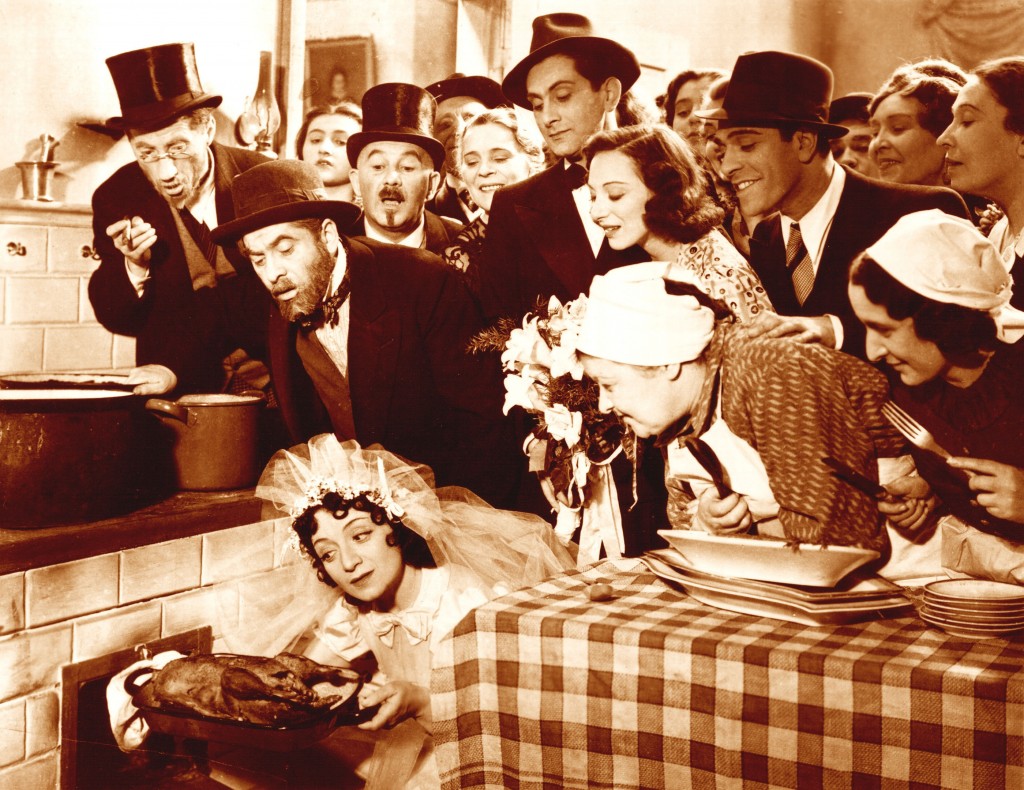 Photo Credits: Courtesy of the National Center for Jewish Film.

BONUS: Lisa Rivo of NCJF will be at Spertus Institute in Chicago on 5/31/15 to introduce Mamele and do a Q&A after the screening. Click HERE to read my interview with Lisa in the May 2015 issue of the JUF News.

Although there is some necessary chatter with Bertha and Yetke about Max Katz (who–surprise surprise–turns out to be much too good to  be true), most of the sisterly chatter is about domestic issues.

I also take Havche’s “converstions” with her mother and grandmother as quite genuine reflections on living the life of a woman who is primarily a caregiver/nurturer (as most women in every time and every place typically have been through-out history, and are to this day and forever forward).