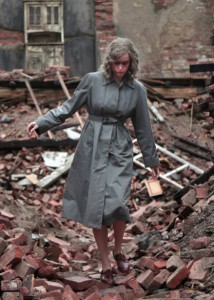 Berlin 1945. A woman returns from Auschwitz with only one goal: Find her husband. Despite being told that he was the one who betrayed her hiding place to the Nazis–she is Jewish, he is not–she still loves him.

To say I hated Phoenix–a film as subtle as its title–would be an understatement. (JLH: 2/5)

Phoenix is a strange and unsettling film, a German take on the Holocaust genre filtered through the conventions of American Film Noir.

In the opening moments, a woman–her head completely wrapped in bandages–is driven across a border in the dark of night. When they arrive at a checkpoint, the young Yank on guard duty insists that she reveal herself… and then draws back in horror when she does.

The driver of the car, a dark-haired stoic named “Lene” (Nina Kunzendorf), brings the woman to a clinic in Berlin for reconstructive surgery. The surgeon asks his patient what she wants to look like when he is done. He tells her that most people, knowing they will never look quite like they once did, prefer to look a bit different. But the woman–who has now been give the name “Nelly Lenz” (Nina Hoss)–is adamant, insisting that she wants the surgeon to make her look exactly the same.

While Nelly is recovering, Lene is making plans. Somehow Lene manages to secure two emigration certificates for Palestine, not to mention lots of ready cash. Once Nelly is released from the clinic, Lene brings her back to a nice hotel complete with a wardrobe of attractive new clothes, and presents her with their fait accompli future. Maybe Lene is surprised that Nelly has no interest in the floor plans for their new apartment in Haifa, but from the audience POV it is totally predictable. Nelly has already told Lene–and us–that all she cares about is finding her husband “Johnny.”

Wandering around in the American Sector one night, Nelly sees “Johnny” (Ronald Zehrfeld) wiping tables in a garishly-lit bar called Phoenix (Yup, Phoenix. Like the mythical bird who “obtains new life by arising from the ashes of its predecessor.”) But no one at Phoenix knows anyone named “Johnny” because he now goes by the name “Johannes.” They say: “Johnny? There is no one here named Johnny.” No one thinks to say: “Johnny? Do you mean Johannes?”

What will happen in the film’s second half? Lene has already told Nelly that Johnny wants her family’s money. Johnny, for his part, may not recognize Nelly as Nelly, but he certainly sees a resemblance. So he tells this mysterious stranger that he will coach her to impersonate Nelly, and once they have Nelly’s family money, he will give her some of it. Oy!

Before I get really snarky, it’s time to fess up (although it should be so obvious by now that I ought not need to say it): I hated Phoenix. From my POV, Phoenix is all style and no substance. Worse yet, it doesn’t just trivialize the trauma of Holocaust survivors, it insults Jews who tried to do good by making Aliyah after World War II, while perpetuating the noxious troupe that all Jews have hidden money.

Nina Hoss–filmmaker Christian Petzold’s muse and the lead actress in his most recent films–basically does what she’s told as “Nelly,” without evidence of much inner spark. On the other hand, Nina Kunzendorf, playing “Lene,” does the little she is allowed to do quite well. I only wish Petzold and Farocki had shown some respect for her arc (see below). Ronald Zehrfeld, however, is on fire in Phoenix. His final scenes as “Johnny” are so electric that he might well have made a believer out of me, but alas, I had already checked out. (I call it “The Feh Meter.” When a plot is so preposterous that I find myself muttering “Feh!” under my breath, then I’m beyond recall.)

Many low budget films succeed in creating rich worlds, but Phoenix feels done on the cheap. As a director Petzold underpopulates his sets, and fails to create any bustle in his cityscape. As a screenwriter, the screenplay Petzold wrote with Harun Farocki (now deceased) is full of improbabilities and loop holes, and the constant references to other films–like Cabaret and Vertigo–are annoying rather than illuminating.

Conclusion: This is a film for film buffs. Everyone else–especially Members of the Tribe–should steer clear! 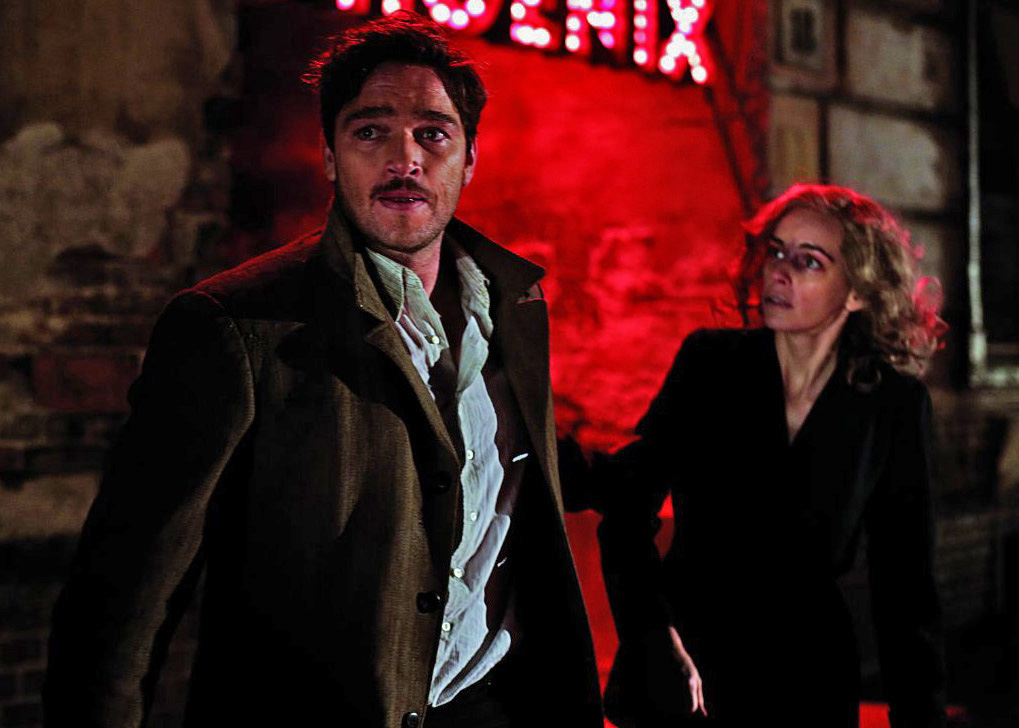 Top Photo: Nina Hoss as “Nelly Lenz” picks her way through the rubble of what was once her home in Berlin.

Bottom Photo: Nina Kunzendorf as “Lene” having dinner with Nelly at the hotel.

Phoenix is “loosely based” on a novel by French crime writer Hubert Monteilhet which was made into a 1965 film called Return from the Ashes by J. Lee Thompson (a director of mainstream hits like The Guns of Navarrone) and Julius J. Epstein (a screenwriter best-known for Casablanca).

I haven’t read the novel, and I haven’t seen the 1965 film. But here is a plot summary from IMDb which indicates how far Phoenix has diverged from Return from the Ashes:

“A chess champion (Maximilian Schell) sees his wife (Ingrid Thulin) dragged off to apparent death at Dachau. After the war, he remarries (to Samantha Eggar). Then his former wife reappears. His solution: kill both of them….”

Divergence isn’t necessarily a bad thing, and Return from the Ashes doesn’t seem to deserve much fealty. But when Petzold and Farocki decided to do this “remake,” I wish they had given more thought to the fact what might have been acceptable in 1965 (when very little was known about the Holocaust) just isn’t appropriate in 2015 (when we know so much more). Just sayin’…

And at this point, any attempt at “objectivity” is over and I’m ready to rant: Why do filmmakers keep bumping off female Holocaust survivors?!?

In the novel Sarah’s Key, Sarah dies in a car accident. In the film adaptation of the same name, Sarah deliberately commits suicide by driving her car into a truck… Why?

In Ida, Aunt Wanda throws herself out of a window, going splat on the pavement below… Why??

And now, in Phoenix, Lene shoots herself… Why??? 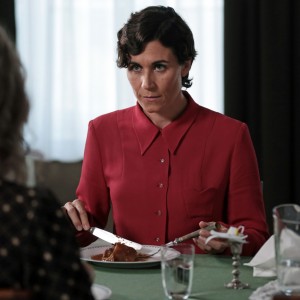 When I ask questions about these “plot points,” people tell me–always very solemnly–that sometimes Holocaust survivors kill themselves… as if I didn’t know that sad fact already.

In Lene’s case, she had a well-articulated plan, so why didn’t she follow it? By what right do Petzold and Farocki just bump her off with no explanation?!? Judging from a scroll through some of my colleagues reviews on Rotten Tomatoes, I am the only person who concerned about Lene’s death… and that fact makes me even more furious!!!

Memo to Filmmakers: Female characters are not just plot points, so stop these gratuitous murders now 🙁 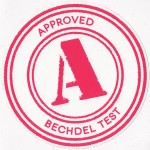 When Lene spins out her future plans for life in Haifa, Lene and Nelly are emphatically not “talking about a man.” But that a small silver lining for such a big cloud!