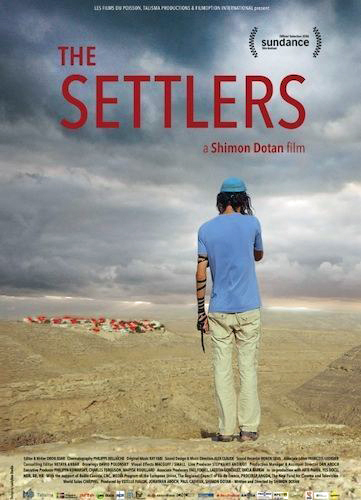 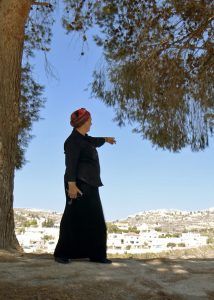 Although I respect and admire filmmaker Shimon Dotan’s scrupulously even-handed documentary on the rise of Israel’s Settlement Movement, I must honestly say that no film in recent memory has been more painful to actually watch. I wavered on a rating because what I crave is some way forward… But I realize that it is not Dotan’s job to create one ex nihilo.

I was born in 1951, so, in context, I was born barely three years after the establishment of the State of Israel and I came of age in the shadow of the Holocaust. Filmmaker Shimon Dotan begins his history of the Settlement Movement in 1967, so I have been “present” in some way for everything he describes. Many things I know from the news of the time. Other things I know because of the many, many films I have seen over the years. Most of these films have been documentaries, of course, but the mix also includes excellent feature films such as Joseph Cedar’s Campfire (which was misunderstood and poorly received in the USA even though it received 5 Ophir awards from the Israel Film Academy in 2004 including Best Film, Best Director, and Best Screenplay).

So I would not dare to claim that my memory is “better” than anyone else’s, but I can say that I have honestly tried to respect that there are extremely different points of view on this tremendously complicated topic, and I do not believe a single one of the people who express such divergent views are either all “right” or all “wrong.” Nevertheless, watching through the eyes of a committed Jewish Feminist, some scenes are much harder to watch than others.

Filmmaker Shimon Dotan was born in Romania in 1949 (making him close to me in age) and made aliyah with his family in 1959. He grew up on a moshav in the Negev, served in an elite combat unit, attended film school in Tel Aviv, and then moved to the USA in 1987 (where he has lived ever since). So I presume he is as dismayed by the current impasse as I am, but he is nonetheless fully committed to letting each interview subject fully express his/her own POV. 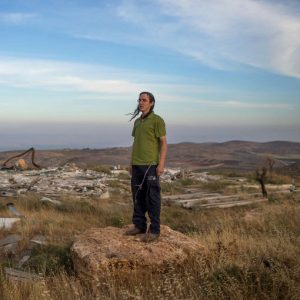 Dotan divides The Settlers into nine consecutive chapters. Each chapter begins with a Biblical quote illustrated by David Polonsky (best-known in the USA for his contributions to Waltz With Bashir in 2008). The chapters combine contemporary interviews with historical footage and excellent animated maps which facilitate understanding of specific locations, shifting borders and contested sites.

Speaking personally now, I understand that some people want to remember historical events as divine moments — moments in which the Hand of God literally determined the outcome. Therefore, knowing that Rabbi Zvi Yehuda Kook had railed against the 1947 partition of Palestine into Jewish and Arab states in May 1967, I understand that his followers saw the capture of Jerusalem during The 6 Day War (in June 1967) as the fulfillment of biblical prophecy, whereas I — a high school student and youth group leader in New Jersey at that time — was consumed with raising funds for the IDF (Israel Defense Forces).

I understand that some people believe that God Himself pushed Egyptian and Syrian forces back during the Yom Kippur War in 1973, whereas I — a teacher in Ashkelon at that time — was herding students into bomb shelters with fervent hope that Prime Minister Golda Meir would be able to negotiate a truce with Nixon and Kissinger.

I understand that some people believe that Yigal Amir’s plan to assassinate Prime Minister Yitzhak Rabin in 1995 would not have succeeded, nor would Prime Minister Ariel Sharon have had a stroke in 2006 (less than six months after he orchestrated Israel’s unilateral disengagement from the Gaza Strip) unless these events had been God’s Will.

I understand, therefore, that some people genuinely believe that the expansion of Jewish settlements on Palestinian land east of the Green Line is a “miracle.” But when I hear these people use their beliefs to dismiss the very idea of “democracy,” my heart breaks. I doubt that I will live long enough to learn the “end” of this story, but I am filled with foreboding. 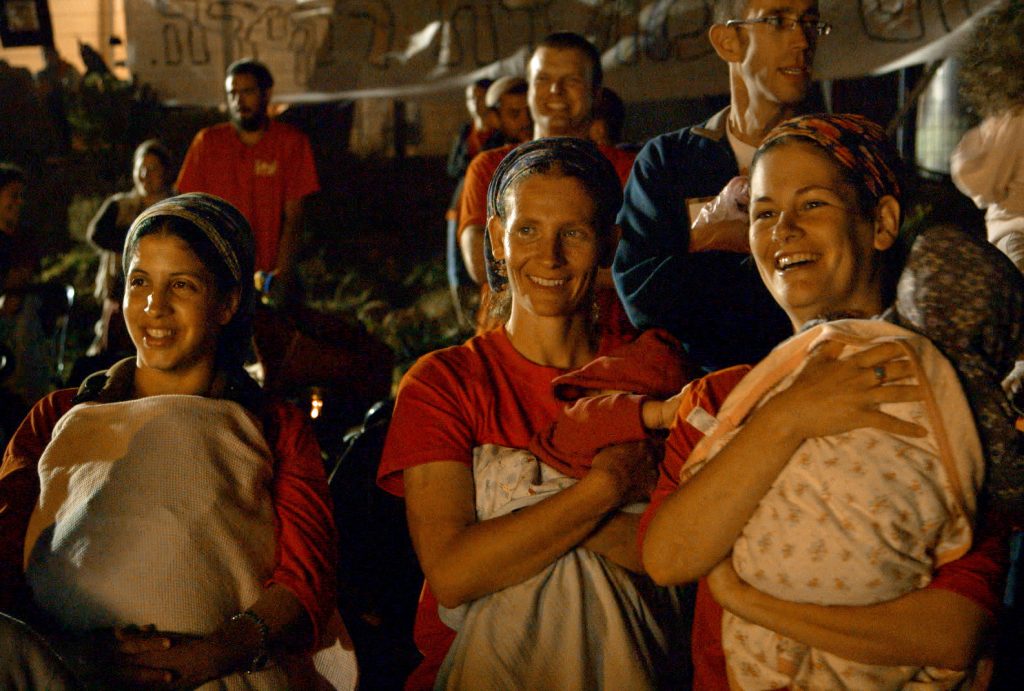 Images courtesy of Philippe Bellaiche.
Q: Does The Settlers pass the Bechdel-Wallace Test?
No.
Although some women do appear in The Settlers (especially Sarah Nachsman, whose insistence on burying her son in the ancient Jewish cemetery in Hebron has had far-reaching consequences) most women in The Settlers act on the sidelines, giving birth again and again as quickly as possible in order to increase Jewish presence on contested land. As a committed Jewish Feminist, the role of women in religious communities is hard to accept, whatever the religion. Whether or not these women have chosen this life, the implicit use of women as “breeding machines” by both sides in this conflict horrifies me.