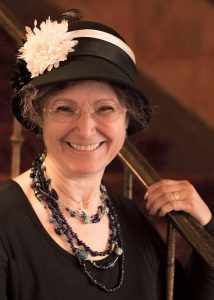 When is the right time to say goodbye?

My relationship with the JUF News began with a freelance assignment way back in July 2004. Abigail Pickus was one of Chicago’s Nextbook coordinators at that time (raise your hand if you remember Nextbook), she had an event on the horizon, and she told Aaron Cohen (JUF’s much loved and recently retired editor) that I might be a good person to cover it. He called. I said sure. My article “Jewish Women Poets Explore the ‘Dark Side’”went on to win a first place certificate in a contest sponsored by the Illinois Woman’s Press Association the following year. An auspicious beginning!

In January 2005, Aaron accepted my pitch for an article on Israeli Cinema, coincident with the theatrical release of Walk on Water in the USA. (Raise your hand if you are a Lior Ashkenazi fan.) “Israeli Films: Coming Soon to a Theater Near You!” won another first place certificate in the next IWPA contest in 2006.

In September 2005, Aaron asked me to take on a regular assignment as Arts & Culture Critic for the JUF News. My first column appeared the following month in the October 2005 issue, the start of a new year for Kol Yisrael (5775) and a new life for me. For the next seven years, I ran all around Metro Chicago covering concerts, exhibits, lectures, performances and screenings that ran the gamut. I went as far north as Racine to cover Jewish art jewelry. I went as far west as Elgin to cover the critical role Jews had played in turning Elgin State Hospital into the renown Elgin Mental Health Center. I went as far south as Munster to cover a production of Fiddler on the Roof at the Theatre in the Center.

I didn’t just “cover the waterfront” or the near north suburbs (although many events were in the venues Chicago’s Culture Vultures would expect them to be), and I didn’t just cover film (even though film is, and has always been, my first love). Then, in 2012, SUNY Downstate Medical Center made my husband “an offer he couldn’t refuse,” and we moved to Brooklyn. 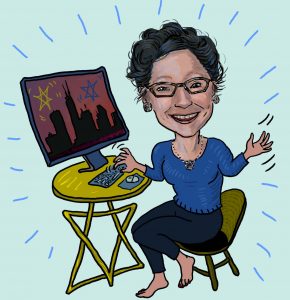 In all those years, from 2005 to 2012, the high point of each year was my double column on the Chicago Festival of Israeli Cinema. In fact, I had covered the CFIC even before it was the CFIC. In 2004, the IsraFest Foundation, Inc. sponsored annual film festivals in Chicago, LA, Miami and New York. Then a Chicago team decided to spin itself off, so I covered the last Israel Film Festival held in Chicago for the World Jewish Digest in 2004, and I covered the first Chicago Festival of Israeli Cinema for the JUF News in 2006.

I was so committed to the CFIC that even after I moved to Brooklyn, JUF News editor Cindy Sher allowed me to keep going. But three years later, Cindy and I agreed that enough was enough. I wrote my final CFIC column in 2015, and I even flew to Chicago that November to participate in the 10th anniversary events.

In 2011, JUF expanded its online options, so in addition to my monthly Arts & Culture columns, I also added monthly film posts under the heading “Tzivi’s Cinema Spotlight.” The first one was in August, 2011. This is the last one.

Tonight, November 1, 2017, the Chicago Festival of Israeli Cinema will screen its 6th annual night of “Movies By & About Women.” One of the greatest honors of my life was the night I received a special certificate from the CFIC at the 2nd annual night of “Movies By & About Women.” So I was absolutely thrilled when I received the 2017 schedule and saw what was planned for tonight. I have seen both of tonight’s films—Dimona Twist and The Women’s Balcony—twice myself, and I highly recommend both of them to all of you. I will be cheering the CFIC audience tonight from Brooklyn with a feeling of confidence. To put my own spin on an old familiar saying: “My work in Chicago is done.”

With gratitude to all of the wonderful people I have worked with at the JUF (especially Aaron Cohen, Cindy Sher, Stefanie Bregman and Steven Chaitman) as well as great affection for all my readers in Chicago. Huge thanks also to Sharon Rosenzweig for creating my “Second City Tzivi” cartoon. 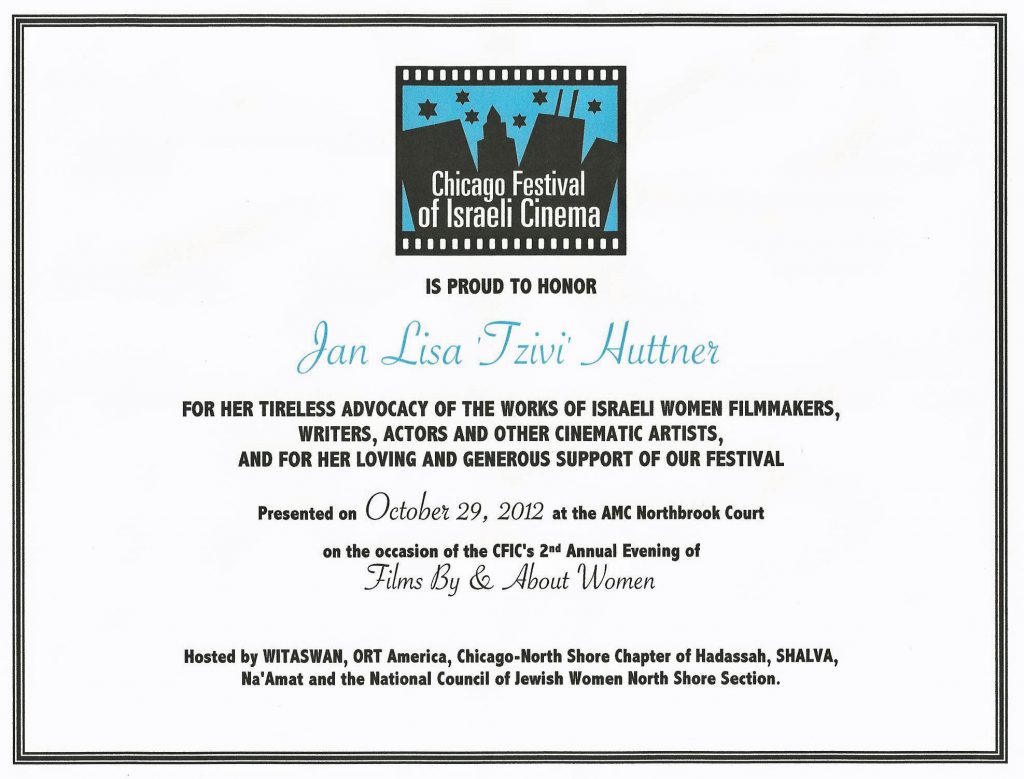 Follow this link for my full review of The Women’s Balcony.

Follow this link for my Dimona Twist sneak peek.

Certificate: Received from CFIC just after I moved to Brooklyn in 2012 🙂