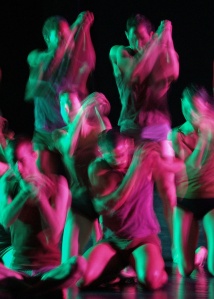 My top pick in the documentary category for 2013 is Let’s Dance: The Story of Israeli Modern Dance, a fascinating look at the role dance plays in Israeli culture (high and low).

Dumb me! When I bought my Hadassah tickets for Batsheva Dance Company performances in Chicago, I never knew that the company was founded by Baroness Batsheva de Rothschild way back in 1964 because her BFF was Martha Graham!

Click HERE to watch a version of Batsheva Dance Company Choreographer Ohad Naharin’s famous “Echad Mi Yodea” (set to a Passover song familiar to all Jews all around the world). 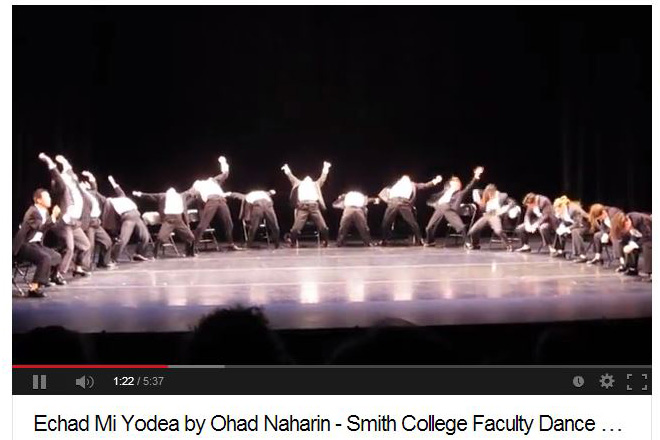 Photo Credits: It was surprisingly difficult to find good photos of Batsheva Dance Company in action. I found the top photo on Wikipedia. Huge thanks to David Shankbone for making his photos available under “Creative Commons.”

The jpg at the bottom was cropped from YouTube using “Snipping Tool.” Note before you begin that the runtime for “Echad Mi Yodea” is over 5 minutes long. This dance is hypnotic even on a small screen. Once it starts, you probably won’t be able to look away!