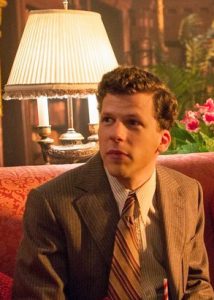 Woody Allen’s latest disappointment is pure pastiche, a film supposedly set “in the late 30s,” but which actually takes place in the mind of someone who has long since ceased to care about anything except his ability to ride his own reputation to the very end. (JLH: 3/5)

How many more Woody Allen films will I have to watch before I die? Since he seems determined to churn out a new one each year, my heart sinks. Perhaps Woody Allen will even outlast me. He appears to have endless resources and resolve

It should be a good thing that he eventually realized he could no longer case himself as himself and began lining up surrogates, but whatever the name of the “character” these men play, they are always and endlessly Woody, with all the same mannerisms that were once so endearing. < insert BIG SIGH here >

And so, add Jesse Eisenberg to the list as Bobby Dorfman, Jewish boy from the Bronx who achieves all his dreams and yet still feel cheated by life < insert BIG SIGH here > 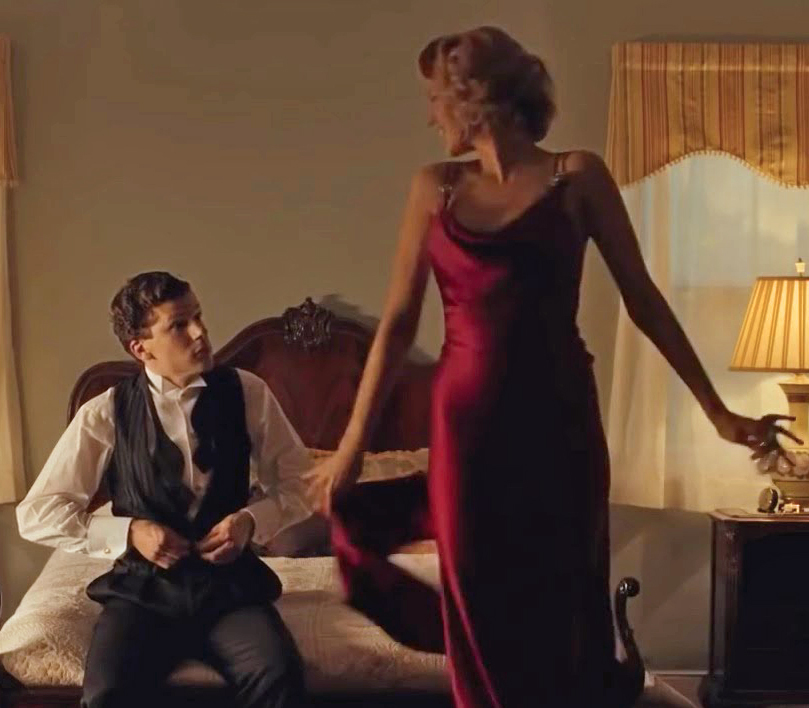 Bottom Photo: Eisenberg with Blake Lively as this year’s “Shiksa Goddess.” In Cafe Society, the name of this perennial Woody trope is “Veronica.”

Are you kidding? Even asking that question in this context is a bad joke 🙁